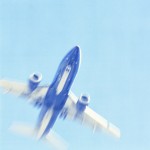 We had a great week last week. Zip is feeling so much more guid-able. Is that a word? Perhaps I should define it. Just in the last few weeks, Zip has begun listening to me, doing what I say, staying near me when we’re out. It’s a remarkable change. I have to chalk it up to Dynamic Listening.

Briefly, my son goes to Key to Me three times a week and listens to classical music over headphones while doing a bit of OT. But the magic is inside the music. Dr. Alfred Tomatis developed a theory that certain tones influence regions of the brain. Our therapist  customizes tones for him based on his evaluation and progress. We definitely saw changes since we began this program 5 months ago. We just finished and will go see them for an evaluation next month.

As this program is pricey, I was really hoping to see changes that would help me establish the guiding relationship with Zip. He’s been very resistant to any form of guiding, always struggling to maintain control of most interactions. While Dynamic Listening made a big change in lots of little ways, including his newfound ability to explore and get into things, it hadn’t really affected our GPR.

But then it did! I had setup for an overdue video on our current regulation objective. Making videos still makes me nervous. Though I’m very technical and addicted to gadgets, videos intimidate me a little. So I procrastinate on them…

I set up the camera in the (relatively) distraction-free “RDI” room, brought my son in, and shut the door. I wanted to show our consultant how well Zip and I had been putting little square math manipulatives into a jar, taking turns and spending good quality time in this pattern of “me-you-put.” So, we’re in the room, ready to roll film, and I realize that toy is downstairs. Ooops! So I grab a bag of toy airplanes. We hadn’t played with them in months and I did not think it would go well.

Well, knock me over with a feather! He did it wonderfully. I emptied the bag onto the floor next to my chair, away from him. I handed him a plane and opened the bag. He placed it in the bag with little hesitation. Then I took a plane and placed it in the bag. We repeated this pattern without much interruption for the whole pile of planes. Occasionally, he would look at the plane or say a word or two. I didn’t speak but made encouraging sounds and facial expressions. I used body language and expression to indicate the open bag once or twice.  I ended with a big “We did it!” He was very happy and so was I.

This may not sound like much but to us, it was huge. Not understanding patterns and the inability to participate in a back and forth interaction with another person are part of the core deficits of autism. Meaningful communication and interaction with the world are not possible without these intangible skills that most of us learn before we can walk. My son missed those milestones and wanders the world, happily but randomly.

So, through RDI, we’re taking great pains to teach him these things, and by teach I mean letting him experience them in a focused way. RDI is structured in objectives that are worked on in baby steps. We’re working on the simplest type of pattern. And, we’re just getting him to recognize the pattern. Next, we’ll start varying the pattern. This will help build resiliency and the ability to maintain an interaction; More on that when we get there. Aside from our more formal sessions, I work on patterns with Zip through the day as we do everyday activities.

Do I know for sure that Dynamic Listening is the source of this change in him? No, we cannot know for certain, but it is the only other therapy that we’re doing at the moment. We’ve seen other changes in him since we began DL, including a big improvement in night-time potty, which is another wonderful thing! Overall, he seems more able to do new things, examine and manipulate objects, and take more interest in things around him. J is 5 years old and I just had to lock up all the scissors for the first time. He found them in various places around the house and was playing with them. Things like that. It’s hard to explain and I wish I had been blogging when we started DL.

(In case you’re wondering, my son would not come anywhere near headphones when we began DL. The wonderful therapists at Key to Me very patiently got him used to them. Now he loves headphones, and will wear them at home to relax, listening to music. Still won’t wear hats, though.)